skip to main | skip to sidebar

the year that was 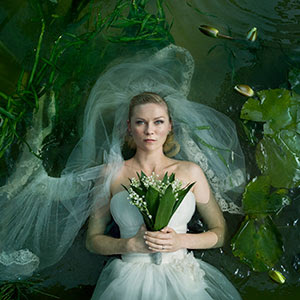 Because I know you've all been dying of anticipation, here's my list of favorite films of the year. There are a few things I haven't seen yet (but really, War Horse isn't my jam), so it's a pretty representative list.

1. Melancholia
Grand, stately and haunting -- and that's just the overture. Lars von Trier's ode to the end of the world supposes that the clinically depressed are best prepared for the apocalypse, and though it's subject may be bleak, I can't think of a moviegoing experience I enjoyed more (perhaps it has something to do with watching it in bed). Kirsten Dunst earned major plaudits for her turn as the bipolar bride, but I'd say Charlotte Gainsbourg's anxious sister is the more accomplished performance.

2. Martha Marcy May Marlene
With it's naturalistic tone and eerie atmosphere, this film resembles the character-driven paranoia thrillers of the 1970s (like the Stepford Wives, but in the Catskills). Elizabeth Olson gives the breakout performance of the year as an escapee from a cult who recovers at a Connecticut lakehouse with her sister (an awesome Sarah Paulson). It's hard to believe that this is writer/director Sean Durkin's debut feature -- I can't wait to see what he does next.
3. Young Adult
I'm a bit sick of everyone complaining about how Mavis Gary (the expert Charlize Theron) is unlikable. Yeah, she's a manic, alcoholic, would-be homewrecker, but I'd argue she's misguided, misunderstood, and ultimately very sympathetic (and, yes, part of me is concerned about how easily I identify with her). This dark comedy represents the most watchable work from screenwriter Diablo Cody (free of all of Juno's cutesy dialogue), and a major return for Theron. 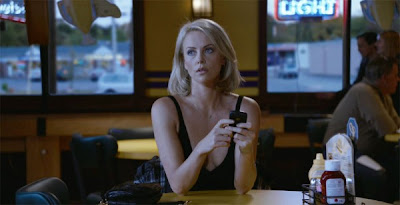 4. Beginners
Just one Zooey Deschanel cover away from being too twee and hipster, this lovely dramedy hit the perfect balance of cute and heartfelt without being sentimental and cloying (not an easy task). Ewan McGregor stars as a relationship-phobic guy struggling with his elderly father's coming out. Christopher Plummer will win the Oscar for his touching newly-out dad, and Melanie Laurent continues to be the most adorable gal in movies today.

5. Bridesmaids
Easily the funniest film of the year, it's no surprise that it's a big hit that everyone still talks about. I still want more from it, like a sequel with Wendi Mclendon-Covey and Ellie Kemper that plays like a comedic Thelma & Louise, or a prequel that explores Rose Byrne's terrible step-momming. 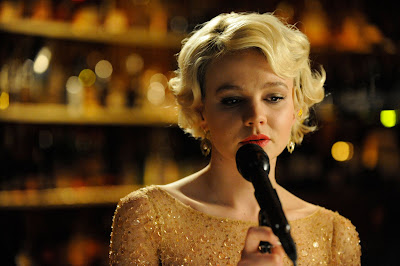 6. Shame
The un-sexiest movie about sex ever. It's haunting and at times brutal to sit through, but formally brilliant and ultimately astounding. Michael Fassbender is a hollow sex addict and Carey Mulligan (in one of my favorite performances of the year) is his live wire, unstable sister. Mulligan's slowed-down, heartbreaking rendition of "New York, New York" (pictured right) might be my favorite scene of the year.

7. The Skin I Live In
I don't get why so many people have dismissed this gleefully macabre, absurd film as lesser Almodovar. I'll take diabolical melodrama over something earnest any day. Almodovar's labyrinthine screenplay is the key accomplishment here -- the complex story expertly unfolds and the reveal is killer good.

8. We Need to Talk About Kevin
It's hard to imagine any actress other than Tilda Swinton tackling the role of the mother of a mass murderer in this unrelenting, but gorgeous, melodrama. She's at times steely and heartbreaking, most often conveying the most without saying a word. Director Lynn Ramsey photographs it with grace -- the color schemes and shot compositions are immaculate. 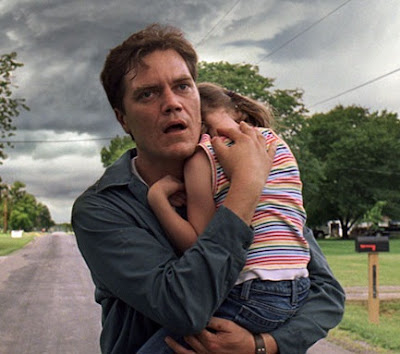 9. Take Shelter
Michael Shannon gives the performance of the year as a man slowly losing grip on reality. Relentlessly paranoid that the world is ending, he goes into debt building a bomb shelter, loses his job, and puts great strain on his marriage (it-girl Jessica Chastain plays his increasingly terrified wife). Is he losing his mind or is the end really coming? It's left open-ended, and thank goodness.

10. Weekend
An intimate story of a one night stand that turns into something more, and one of the few gay films I've found authentic and identifiable.
Posted by Jon at 6:52 AM 1 comment: 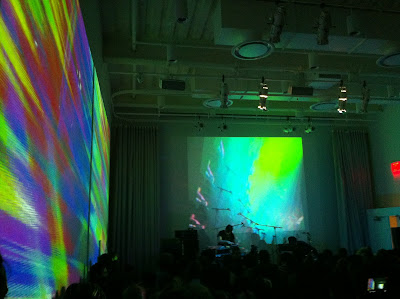 I'm holding off on pulling together a "best of" 2011 album list until later this week. But I had the itch to create a playlist for the end of the year ... not something to play at a new year's eve party unless you really want it to sound like the third act of a John Hughes movie. Anyway, it's a lot of new stuff I've been listening to for the past week or so. And it's all awesome.

http://www.mediafire.com/?wqgnnhvi6dqp5yz
Posted by Jon at 3:08 PM No comments: 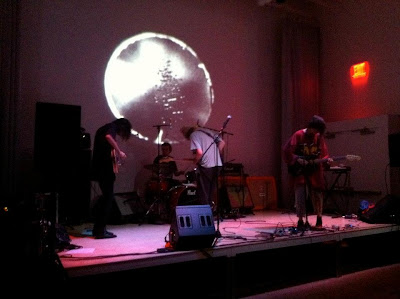 So this is my playlist for December. Predictably heavy on melancholy synth dreamscapes. Some old, some new-ish, all fairly awesome.

Not sure how the zip ended up sequencing the tracks, but here's the recommended order: 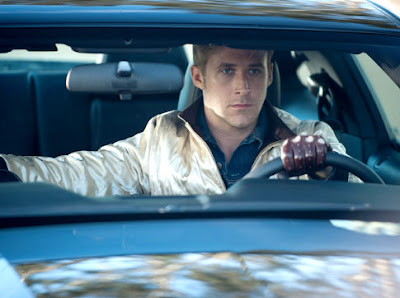 I caught Drive, Danish director Nicholas Winding Refn’s hollow confection of a caper film, at Nitehawk, the new movie theater in Williamsburg. It’s a hipster’s concept of movie-going, with high end bar food and cocktails available to nibble and sip during the feature. There was something so fitting about ironically chomping down on nachos while trying to enjoy Drive, which, regardless of quality, stands to emerge as an instant hipster classic. With it’s neon-soaked industrial landscape and seductive, 80s-inspired soundtrack, it embodies a style and attitude that’s captivated the too-cool-for-school post-MTV generation. Despite it’s visual flourishes and occasional breathtaking sequence, Drive amounts to nothing more than a whole lot of posing. It’s the Marie Antoinette of chase movies – all style, no substance.

It-boy Ryan Gosling stars as a nameless stunt driver who moonlights as a wheel man for heists and robberies. It’s unclear whether thrill-seeking or economics motivate his felonious night job, but then we don’t ever find out why any of these characters are doing anything. He inexplicably falls for his downtrodden neighbor (Carey Mulligan) who comes with her own baggage – a husband in prison, a young son she takes care of, and a really tacky pair of hoop earrings. When her husband is released and needs cash quick, Gosling helps him with a robbery that predictably goes awry. In its aftermath, Gosling is forced to go head-to-head with a brilliantly cast-against-type Albert Brooks, a kingpin in LA’s seedy underbelly. It’s a great set-up for a trashy B-movie tribute, but Refn’s approach is so cold and detached that it’s impossible to become emotionally invested in the proceedings.

The actors can’t be faulted; they’ve been given cardboard cutouts to work with. The direction for Gosling was clearly to channel Steve McQueen, which he does with aplomb, though his cheekbones are doing most of the heavy lifting. It’s tough to buy Mulligan as a down-on-her-luck waitress – she has an inherent confidence and sophistication that’s at odds with the character. The supporting cast is a lot more fun, dialing up to archetypal B-movie figures. It’s a delight to see Brooks playing the heavy, while Bryan Cranston and Mad Men’s Christina Hendricks bring an otherwise absent authenticity to their small but pivotal roles.

Ultimately, the whole thing plays like an M83 music video that runs two hours too long. It might not be a bad strategy, however, as I couldn’t wait to download the soundtrack the minute I left the theater.

Labels: the last movie i saw

song of the day - monday

Lately it feels like I've been constantly espousing my affection for Sofia Coppola. I loved Somewhere -- easily one of last year's best films -- and have frequent pangs of nostalgia for Lost in Translation. Keeping in that theme, I thought Kevin Shields' "City Girl" would be a good song for this AM. It's briefly featured in the film, playing softly in the background during the title sequence, accompanying the infamous shot of a translucent-pink-panty-clad Scarlett Johannson. Kevin Shields of course is the frontman of My Bloody Valentine, so the song has that requisite dreamy, hazy quality (that band's "Sometimes" from Loveless is also featured in the film. Here's a Sofia Coppola-directed music video that nicely pairs the song and film:
Posted by Jon at 7:52 AM No comments: